In 2017, the Wall Street Journal named Kate Hamill ’05 playwright of the year. One of the top 20 most-produced playwrights of the current season, Hamill has seen her works staged more than 30 times in the past three years, including at Ithaca College. Her swift success has come for her clever adaptations of literary classics, like Austen’s Sense and Sensibility and Thackeray’s Vanity Fair—in which she also unforgettably performed.

The daughter of former IC associate provost Paul Hamill grew up in a Lansing, New York, farmhouse with five siblings and no TV. But in a family of readers, she soon acquired a literary passion. In her teens, Hamill discovered Jane Austen: “Because she’s female, she gets pigeonholed as a romantic writer, but she’s a genius, a brilliant social satirist, incredibly witty and funny.“

Hamill also discovered theatre. Her first role, in fourth grade, was a dream: Cinderella’s wicked stepmother. “At 4 feet, I was a very small little girl,“ Hamill says, “but I got to boss everyone around. That’s when theatre became addictive.“

In pursuing a BFA in acting, Hamill gained many faculty mentors. “Ithaca College’s theatre arts department emphasizes the importance of being a kind and respectful artist,“ she says. “Diva behavior is discouraged—an exceptionally important lesson.“ She also values the diverse techniques learned from the faculty here: “There’s no one particular dogma, which helps you become a more flexible actor.“

Moving to New York City after graduation, Hamill grew frustrated there were so few good roles for women. “It was demeaning and disheartening,“ she says. “Each time you’d be playing some guy’s girlfriend or ex-girlfriend, either helping the man on his journey or being the obstacle to it. If the man didn’t exist, you wouldn’t have a journey of your own.“

And this was equally true of classic theatre, which Hamill loved. “I didn’t want to burn it all down,“ she says. “I just wanted to create more female-centric work.“ She decided to adapt a classic she adored—Sense and Sensibility—for the newly formed Bedlam theatre company. In the production, she played the romantic, headstrong Marianne Dashwood. Both the public and critics were delighted, New York Times critic Ben Brantley calling this first work “irresistible theater.“

Adding song and dance, mixing modern and historical time periods, employing multiracial and crossgendered casting, Hamill’s compressed, socially satirical storytelling both honors the classics and provides a fresh take. In the adaptation (about 60 percent is hers, 40 percent the original author’s), she says, “I’m not trying to recreate the novel. I look on it as a collaboration with another writer, who happens to be dead.“

Hamill is currently working on two commissions: In scripting Little Women, she sees Jo as not quite fitting her given gender role. And of Homer’s challenging Odyssey, she says, “It’s a prototypically male tale; if I’m reclaiming the classics for all genders, that’s a great one to tackle.“ Using the Trojan War as archetype, Hamill is exploring “how we come back after war, after trauma— how can we become the person we once were after we’ve seen or done terrible things?“ Half-focused on Penelope, the work is often dark—although, Hamill insists, “there’s always a place for comedy.“ 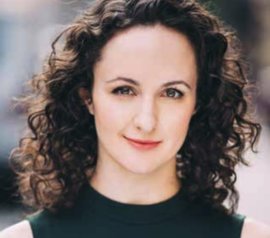