Fair Votes For All

Not long after arriving at Ithaca College in 1991 from her native Nepal, Sangita Sigdyal ’95 took a trip to Seneca Falls, New York. Visiting the site of the Seneca Falls Convention, a gathering where the women’s suffrage movement was launched in 1848, brought a discovery.

“I didn’t realize women [in the United States] didn’t have the right to vote until not too long ago,” Sigdyal said.

Now, the United States is marking the centennial of the 19th Amendment, which was passed in Congress in 1919 and became law in 1920.

Sigdyal, after becoming a U.S. citizen and casting her first vote in 2016, is now the managing director of FairVote, a non-partisan Washington, D.C.–area nonprofit that pushes for electoral reforms. FairVote’s board chair is Krist Novoselic, a Washington state civic leader and founding member of the rock band Nirvana.

“This has been a work in progress for humanity and the United States in particular,” Sigdyal said, reflecting on her Seneca Falls visit. “I guess it brought it front and center. Many of the rights—such as the 19th Amendment and the Voting Rights Act prohibiting racial discrimination in voting—shouldn’t be taken for granted as there were long fights before they were won.”

After getting her bachelor’s degree from Ithaca and a master’s in public administration from Columbia University, Sigdyal served as director of operations and interim chief operating officer at the Open Government Partnership, a 75-country initiative to promote government transparency; and she worked at the World Bank, launching a campaign to open up and transform public contracts.

After having lived in the United States for longer than the first 18 years of her life spent in Nepal, Sigdyal decided to give up her native citizenship in 2016 to become a U.S. citizen. That’s when she got the sense that perhaps American elections could be done better— with ranked-choice voting, a priority of FairVote, where she went to work in November 2018.

With ranked choice, voters can rank multiple candidates in their order of preference; candidates do best when they attract a strong core of first-choice support while also reaching out for second and or third choices.

“It creates more civil campaigns whereby, if you are a candidate running for office, you are not only trying to be the voters’ first choice, but you’re also trying to be the second choice,” Sigdyal said. “So, you cannot be a divisive force running a campaign; you must bring the highest number of people under your tent to win, and that changes the tone of campaigns.”

It took nearly 100 years for a woman, Nancy Pelosi, to be elected speaker of the House of Representatives in 2007 and, of course, the country has not yet elected a woman president. But Sigdyal said she is encouraged by the number of organizations that are helping women run for office and raise money for their campaigns.

“More women need to be in office,” she said. “Female leaders and their work style often lead to consensus building, which is really needed in today’s political climate. So, I think engaging the 50 percent of our population in political leadership is super important. From voting, we’re now at a point where we need more women to lead. This country needs female leaders to help fix our broken democracy.” 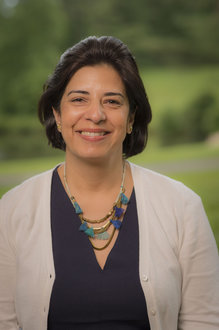