Executive and former scholar-athlete Kurt Wolfgruber ’72 sees the center as a campus centerpiece — and competitive signature.   by Kate Larrabee

The child of a physician and a nurse, Kurt Wolfgruber entered Ithaca College to study chemistry; it seemed natural. But he did keep his options open as he experimented with courses in other disciplines, and ended up switching to economics. The preparation he received at Ithaca, he says, helped Wolfgruber to be accepted into the University of Virginia Graduate School of Business (now the Darden School of Business). “Ithaca had what I wanted: a great social and relationship-focused environment, the chance to play on a top-notch athletic team [baseball], and the quality education that got me into the graduate program of my choice,” Wolfgruber says.

Today Wolfgruber is president and chief investment officer of OppenheimerFunds, responsible for the overall direction of the firm’s investment department as well as the sales, marketing, client service, and product management departments. He attributes at least some of his career success to retired professor of economics Bogdan Mieczkowski. “Professor Mieczkowski was my academic adviser and tutorial supervisor,” Wolfgruber says. “His professionalism and, most important, his positive feedback and encouragement about my work in economics and likely success in business school were key elements of my career development. He wrote a wonderful recommendation letter for grad school, which I’m sure was a major factor in my acceptance.”

Wolfgruber had hoped to play basketball in college, but his hopes were dashed early. A preseason injury, his class schedule, and his 5' 10" frame all got in the way of that challenge. “So I was thrilled,” he says, “when an encouraging tryout proved successful in getting me a spot on the freshman baseball team. I went on to play for four years, as Ithaca College gave me a chance to compete in a first-class, nationally ranked program. While never a very significant contributor on the field, I learned a great deal about the organizational discipline and leadership needed to compete at that level.”

Wolfgruber also worked for the Office of Sports Information as a statistician for the football and basketball teams and spent a summer as an intern for Phil Langan, then the director of sports information. “Phil helped me in many ways—economically, professionally, athletically, and really as a second father,” Wolfgruber says. “Working with Phil, I learned a great deal about the media, writing, promotion, and the use of numbers.”

Wolfgruber says his experience as an athlete was an important part of his development as an individual. “There is a connection between success on the playing field, in the classroom, and in society,” he says — which is why he has committed $100,000 to date toward the athletics and events center. “It can and should be a centerpiece for the campus,” he insists. “It’s what nearly all prospective students want to see when they visit and a very high percentage will use. The facts that the gymnasium and much of the supporting facilities are the same as they were in the late 1960s — and that raising money for athletic facilities is generally described as a ‘very difficult task’ —give me greater resolve that we need to and will get this project funded and completed. It should be a competitive signature facility relative to the top level of Division III.” 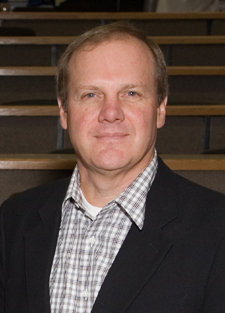