Daytime television writer and playwright Michael Slade ’74 made history with After Forever, claiming the most Emmy Awards ever for an LGBT-themed drama series. Co-created and coproduced with veteran daytime actor Kevin Spirtas (Days of Our Lives), After Forever follows a man’s struggle to find his new normal after the loss of his longtime partner and husband to cancer.

Though the story is fictitious, Slade drew from his own experience losing his partner to aggressive cancer. He knew from the beginning that he wanted to create a short-form digital series rather than a feature-length film. Slade was also aware that the perspective from which the story is told (that of a gay man in his 50s) was unusual in the world of television and cinema.

“When Kevin and I first met to discuss creating a series, he said he was looking to tell a story about gay men who were his age, 50-ish. This totally spoke to me, because we gay men, like women, tend to disappear from the canvas of popular culture once we are no longer the hot 20- or 30-somethings…not returning until we’re the asexual neighbor down the hall with a cat,” said Slade. “We discussed building the series around someone who was dating, but my question kept being, ‘Why is someone 50-ish single?’”

Slade said he decided after a lot of thought that his own experience with loss could be the answer. “There were definitely times when I, emotionally, needed to take a break from a particular scene. That said, I think my willingness to be that honest, raw, and vulnerable is part of why [the show] affects people so deeply.”

The effect the show had on people became evident in its first read-through to an invited audience. “We did [a read-through] of the entire season. The rehearsal room was standing-room only. The temperature was 85. Everyone was sweating, and people were riveted. People stayed and talked to us, to each other, to the actors. They talked about how it had touched them and shared their own stories. That’s when we knew we really had something,” Slade said.

The series also sports a diverse cast of actors as well as crew, which Slade made a point to include in the show’s production. “The world I live in is diverse, and it’s important to me that the worlds I present in my work, whether it’s a series or a play or film, reflect that. [Also] we are particularly proud of the fact that we have a woman director, producer, director of photography, and editor. The diversity of ages, sexes, and sexualities of our entire team—creative, cast, crew—and the perspectives they bring to After Forever contributed in all sorts of fundamental ways to its success,” said Slade.

The series has pulled in viewers of all types. “Our demographics show that it is being watched, recommended, and loved by people of all gender identities, sexualities, and ages. That feels like a statement about where we have come as a society,” said Slade.

“It’s been the most extraordinary experience of my professional life,” said Slade in response to the reaction of the series. “After Forever began as this little project we were creating out of love, and then it launched and suddenly it was getting amazing reviews and winning festivals and awards. And then there’s the fan mail. We get the most extraordinary letters from people of all ages, sexes, and sexualities, writing about how it has touched them, moved them, helped them through their own grief. It’s ultimately why one creates art, and it is incredibly humbling.”

The second season of After Forever began filming in September. 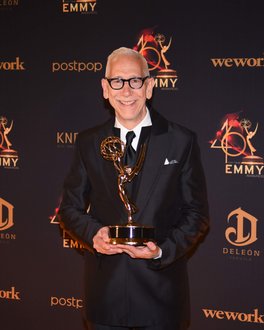