You may look back fondly on your winters at IC, remembering days when classes were canceled and you played in the snow with your friends—when all that white stuff made for a world of fun and wonder. Or you may recall a more challenging time when there was something you wanted to do, but Mother Nature had a different plan. Either way, chances are everyone who spent time on Ithaca’s South Hill has at least one story of “that time it snowed at IC.” 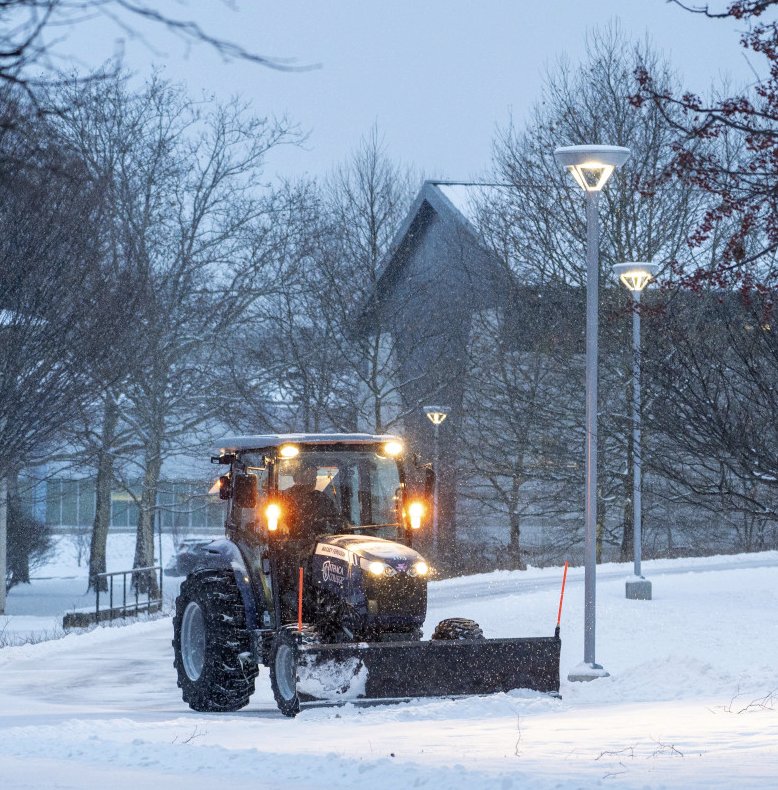 Last winter, a storm dumped more than a foot of snow on Ithaca during the same January weekend when students were returning to campus for the spring semester. A team of 30 grounds and transportation employees worked around the clock to clear the roads, sidewalks, and parking lots to make the campus safe. What’s more, they were doing it in single-digit temperatures and wind chills of -30°F.

During that storm, snow removal operations lasted from 9 a.m. on Saturday morning until 11:30 p.m. on Monday night. About a dozen team members spent the night on campus from Saturday to Sunday, staying in their offices, in bunks at the Office of Public Safety, or in rooms provided by residential life. “We have a very dedicated staff,” said Ernie McClatchie ’01, MS ’03, executive director of maintenance, grounds, and transportation.

Team members are assigned specific zones on campus for plowing roads and sidewalks or shoveling stairs. That way, when they’re called, they already know what to do. Additionally, facilities setup and event technicians and facilities attendants clean and maintain entranceways of their buildings.

Each week, six team members are on standby during their off hours if needed. But when a significant amount of snow falls, the entire team is called in. A 3 a.m. start time is typical for clearing an overnight snowfall by 8 a.m.

Too much back-to-back overtime can be difficult, such as during the winter of 2015–16, when the full team was engaged for four consecutive days. “We try to limit consecutive working hours to 16,” McClatchie said.

Other challenges include finding places to put the snow— inevitably some must be trucked out of parking lots—and plowing the narrower, five-foot-wide sidewalks on campus, which requires special tractors. The difficulty with the sidewalks is that they are so spread out that the plow drivers must travel long distances to get to them all. To ensure that significant snow removal challenges aren’t introduced in future campus construction, McClatchie reviews all plans to ensure they are snow-removal friendly.

“Our mission is to keep everyone who comes to campus safe,” McClatchie said. “And if there’s an overnight storm that’s finished by 2 a.m., when people arrive in the morning they may not even realize there was a storm last night.” 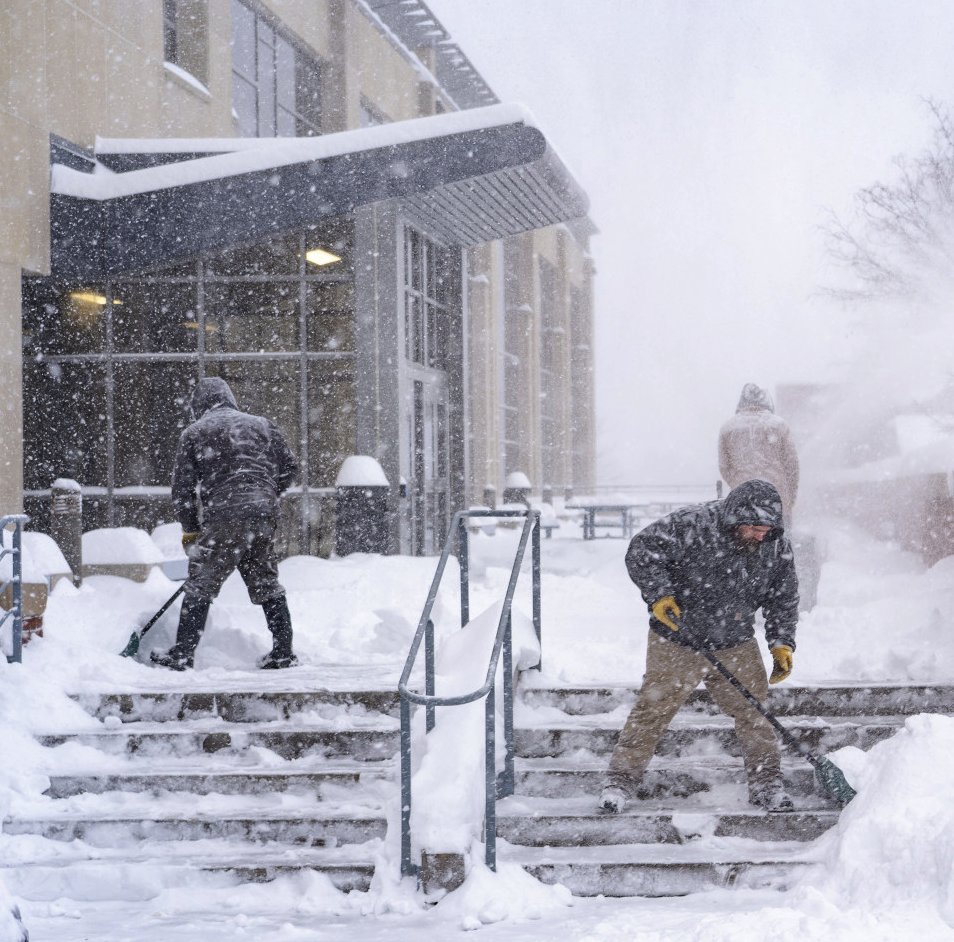 IC SNOW REMOVAL BY THE NUMBERS

36 acres of parking lots (equivalent to about 27 football fields)

1,200 exterior stairs (equivalent to about a 60-story building)

TELL US YOUR STORY

What’s your memory of ”that time it snowed at IC”? Email us at icview@ithaca.edu, and we may include your story in a future issue of the magazine. 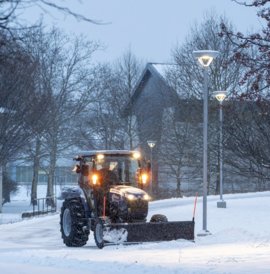