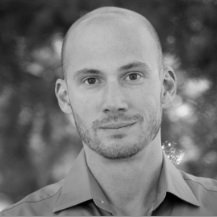 Christopher Zemliauskas is a pianist, vocal coach, and conductor, and joins the Ithaca College faculty after having served as Music Associate Professor at NYU Steinhardt for two years. There he led the Vocal Performance program's productions of Cendrillon and The Impressario/The Medium, in addition to teaching graduate diction and opera workshop. Prior to this appointment he was Assistant Music Director of Opera at CU Boulder for nine years, where his duties included preparing singers for recital work and opera roles, collaborating with faculty and students in recital, teaching diction classes, and serving as Chorus Master for the opera productions. At CU he has also conducted productions of Our Town, Albert Herring, Little Women, and Orfeo ed Euridice. In his decade long association with Central City Opera, Mr. Zemliauskas has served as conductor, associate conductor, recitalist, coach, and chorus master. There he has conducted performances of Our Town, Carmen, Amadigi di Gaula, A Little Night Music, West Side Story, Susannah, Curlew River and The Prodigal Son (Britten), The Ballad of Baby Doe, Don Giovanni, La Traviata, and Cendrillon. He was recently invited to Northwestern University where he conducted their production of Albert Herring. As a co-artistic director of FusionChamber, a new music ensemble in Boulder, he has conducted performances of Pierrot Lunaire by Schoenberg, and Eight Songs for a Mad King and Miss Donnithorne's Maggott by P.M. Davies. He is also an active chamber musician, has played with the Colorado Symphony Orchestra, the Extasis Tango Quartet, and has been Symphony Conductor for the Boulder Youth Symphony. In Colorado Springs, Mr. Zemliauskas has recently conducted productions of La Traviata, Die Fledermaus, and Lakme for the Opera Theatre of the Rockies with the Colorado Springs Symphony. As a resident artist coach and conductor for the Minnesota Opera he conducted several mainstage works including Madama Butterfly, Carmen, and The Magic Flute, as well as resident artist productions of The Rape of Lucretia and Der Kaiser von Atlantis. Other companies he has been on the music staff for include San Francisco Opera, Opera Colorado, Des Moines Metro Opera, and Indianapolis Opera. Christopher holds degrees in Piano (IC '97) and Accompanying and Coaching (University of Minnesota '01), and has studied with such esteemed collaborators as Margo Garrett, Warren Jones, Karl Paulnack, and Martin Katz. Other credits and festivals include the Music Academy of the West, Merola Opera Program, College Light Opera, Musical Theatre Berlin am Potsdamer Platz, and Music Director and Composer in Residence for the Hangar Theatre.