← Back to “Arts Management” 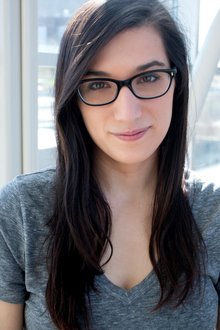 Michelle is thrilled to have returned to the Ithaca College Department of Theatre Arts, her Alma Mater, having graduated in 2016 with a degree in Theatre Studies. During her time at Ithaca College, she was primarily a Stage Manager, though she has dabbled in arts administration and management since graduating. She has also worked for many of the theatre companies in town, such as The Hangar Theatre, The Kitchen Theatre, The Cherry Arts, Opera Ithaca and Civic ensemble as a Stage Manager, House Manager or Box Office Associate.

Once a member of the Ithaca College Equestrian Team, she can still often be found at barn riding horses when not in Dillingham. One day, she hopes combine her passion for animals with her passion for theatre, as an animal trainer or wrangler for live theatre and film.