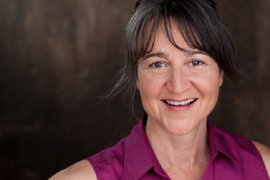 Catherine Weidner (Chair) is a teacher, director and actor. In the summer of 2014 she directed As You Like It for Theater at Monmouth in Maine, and played Silda in Other Desert Cities at the Hangar Theatre. Other recent directing credits include: an adaptation of Jane Austen’s Emma for Nebraska Repertory Theatre; Taming of the Shrew, Titus Andronicus, and Merry Wives of Windsor for the Illinois Shakespeare Festival; Two Gentlemen of Verona for Theatre at Monmouth in Maine; Or, at Caffeine Theatre in Chicago, and a one-man version of Henry V in Austin, Texas for Rude Mechanicals/Red Then Productions, which will be re-mounted in a co-production with Austin Shakespeare Festival in September 2014. As an actress she has worked at The Kennedy Center in A Streetcar Named Desire with Patricia Clarkson, Amy Ryan and Noah Emmerich; at Center Stage in Baltimore in Blithe Spirit and Mary Stuart; and at Arena Stage in Washington, DC in The Heidi Chronicles. She has worked at The Guthrie Theater, Theatre de la Jeune Lune, the La Jolla Playhouse, and with Bread & Puppet. She holds a BFA in Acting from Ithaca College and an MFA in Directing from the University of Minnesota, and has also trained at Complicite in London, The Second City in Chicago and The Neighborhood Playhouse in New York. For ten years she was the Program Director of The Shakespeare Theatre Company’s Academy for Classical Acting at the George Washington University, offering a one-year MFA in Classical Acting. From 2007- 2013 she taught Classical Acting and Heightened Text at The Theatre School at DePaul University, where she served as Head of BFA Acting.