The Drama Program at the London Center:

The Ithaca College London Center (ICLC) is a vital part of many theatre students’ experience during their four years at Ithaca, offering the chance to experience the rich dramatic heritage of one of the world’s great theatrical capitals. Theatre students usually attend ICLC in their junior year.

Most students center their curriculum around a nine-credit experiential course that features lectures, discussions, intensive readings of British drama, and weekly theatrical walks through London streets, theaters, and museums. In addition, students see plays approximately twice a week, and guest lecturers enhance the learning experience. The course is taught by a professor who holds a Ph.D. in theatre and who is also a certified London tour guide. In this sense it is unique among study abroad courses in London.

Other courses in the core theater curriculum include Stage Combat, Introduction to British Styles of Acting, geared for B.A. theatre studies majors, Styles of Acting for B.F.A. performance students, and Applied Voice for musical theater majors. A program requirement for most theater students, Shakespeare, is offered regularly. Internships are available in several areas including management and technical theater. Design students frequently enroll in British art and architecture courses.

A variety of other classes are offered at ICLC. For example, ICLC offers a 3-credit course called Drama and the London Theatre, open to non-majors as well as theatre majors. Other popular courses include Irish Literature, British Youth Culture, classes in British media, music, politics and history: a cornucopia of excellent courses taught by fine British instructors that provides first-rate international experience.

Students heading to our London Center for the fall semester of their junior year have enjoyed the start of the semester with a bang at the world famous International Festival and the world's largest Fringe Festival, in Edinburgh Scotland! The trip consists of a long weekend in that beautiful city. Students arrive on Friday evening and spend all of Saturday, Sunday and Monday at the Festival, then catch a morning train back to London on Tuesday, just in time for the orientation for our London Center.

Group activities include an open-top bus tour of the city, a visit to the castle, and the chance to climb Arthur’s Seat a volcanic formation that towers over the city and features specatacular views. Students also see one play at the Edinburgh International Festival, from which the Fringe got its start. Most of the weekend involves seeing as many inexpensive Fringe plays as possible, and visiting the Museum of Scotland, The National Gallery of Art, or simply strolling the streets of this unique and wonderful city. A delightful way to begin a semester abroad!

The National Theatre Institute (NTI) and the Ithaca College Department of Theatre Arts have had on ongoing relationship since the mid-1990s. Usually in their junior year B.A. Drama students, primarily, take a semester at one of two programs offered by NTI. The first of these is located at the prestigious Eugene O’Neill Center in Waterford CT, one of the most important venues for workshopping new plays. Students spend the semester in rigorous, lengthy days of training, all of them directing, all performing, all writing plays and working on design. The focus is on devising theatre, and students who return from this semester call it “life-changing.” An added enticement is that students who attend NTI in the fall are taken for two weeks to England, where they train with such famed troupes as The Royal Shakespeare Company or Complicité. Those who attend in the spring are taken farther afield, to St. Petersburg, Russia, learning movement from masters of the form.

The second program offers the entire fall semester in Russia, this time at the world-renowned Moscow Art Theatre. Students attending this program take basic Russian, study voice, movement and acting with actors from that illustrious company, and learn about the history of Russian Theatre and Film from the associate director of the theatre. In recent years students from our B.F.A. Acting program have begun to train alongside our B.A. theatre studies students at NTI Moscow. As at Waterford, the experience for students is profound, and it too changes lives.

Alumni of NTI maintain close ties with classmates, and frequently find work in the summer at the O’Neill conference, getting to know acclaimed actors, directors and playwrights, so benefits continue beyond the excellent semesters offered at NTI.

If you are looking for a different study abroad idea not listed above - you can work with the Ithaca College Office of International Programs to help plan an experience that fits your interests - anywhere in the world!

Students participate in internships and theatre placements during their time at Ithaca College. Some theatres and organizations include:

This invaluable week in Manhattan, conducted for seniors the week before spring break, has grown in recent years. It is a vital link in the students’ transition to the “real world” of theater. All day every day of the week, seniors meet in small groups with alumni to learn more about such diverse areas as performance (in film and TV as well as on stage), agency and casting work, technical and design opportunities, management work available in Manhattan, and so on.

Seniors see four plays during the course of the week as well, and some of the students have an opportunity to see readings of new work, in addition to seeing Broadway and off-Broadway productions.

Ithaca College offers summer session courses. Our summer offerings provide prospective students with an opportunity to preview our campus, our theater facilities, our faculty, and the Ithaca community.

Typically, the Department of Theatre Arts offers the following courses:

To see all the available courses being offered this summer, please refer to the College's Division of Continuing Education and Summer Sessions. 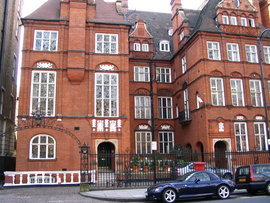