Among the many celebrating the inauguration of Ithaca College President Shirley M. Collado on Saturday, Nov. 4, two people in particular were overcome with pride: her parents. Andres and Carmen Collado travelled to Ithaca to watch their daughter — the first in their family to graduate from college — become the first Dominican-American college president in the United States.

They were beyond words.

President Shirley M. Collado with her parents the night before her inauguration. (Photo by Gary Hodges/Ithaca College)


“I cannot explain,” said Carmen. “That was incredible. I feel very, very proud of her.”

“For me as a father, I cannot feel more proud of her,” Andres said.

Proud, but not surprised. For as long as they can remember, Shirley was driven, eager to learn and work hard.

“When she was a little girl I used to put cartoons on TV, and she would always sit down in the living room and just read a book,” said Carmen. “That’s how she was.”

And when she was just 14 years old, Shirley began working in a restaurant. She told her parents that she wanted to go to a good college. Her mother worried about how they’d ever afford her education, but Shirley asserted she’d pay her way through by washing dishes if she had to.

That work ethic was modelled by her parents. Immigrants from the Dominican Republic, Carmen worked in a factory while taking English and computer classes at night, eventually getting a job in the factory’s billing office; Andres drove a taxi at least six, and sometimes seven, days a week.

“Having a kid is not easy, and you have to make a lot of sacrifices,” said Andres. “You have to work hard, be a good role model, and every day is a job that you have to continue teaching them right from wrong.”

Thanks to the support of The Posse Foundation, an organization that recruits and trains outstanding student leaders from urban high schools and sends them in diverse teams, or “posses,” to attend top colleges and universities in the United States, Shirley was able to attend Vanderbilt University in Nashville, Tennessee. 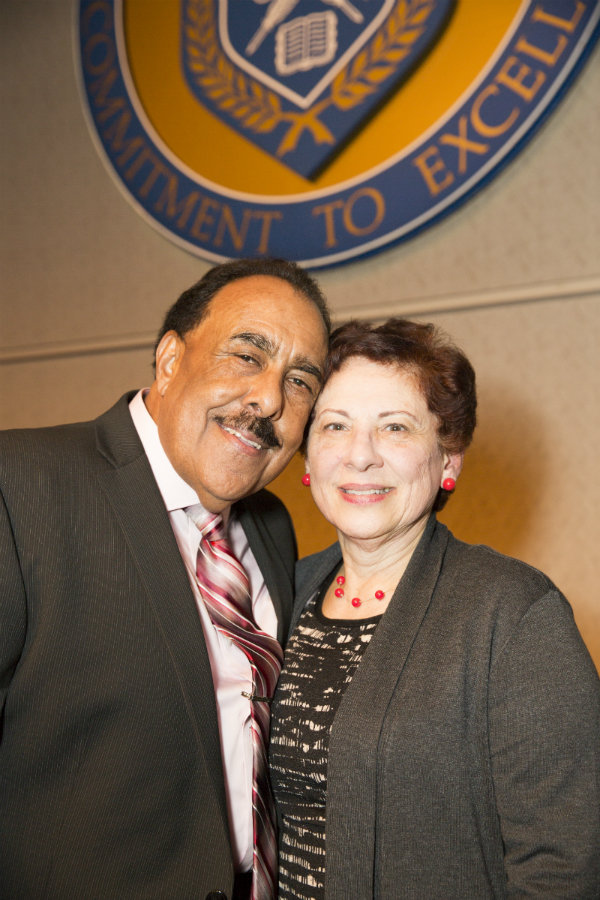 
While they always wanted Shirley to attend college, it was difficult for Carmen and Andres to have her so far from home. Carmen would become emotional when cooking Shirley’s favorite meals, like arroz con pollo. “That was her favorite, and I didn’t cook it anymore for three or four months because it made me cry,” she said.

Even though they were separated by hundreds of miles, Andres and Carmen did what they could to give Shirley the support she needed to succeed at Vanderbilt, calling her often and sending her some money when they could.

If she called home feeling unsure, they always had words of support. “I know you can do it, just work a little bit harder,” Andres would tell her.

And years later when Shirley told them she was considering taking on the role of college president, Andres was still there supporting her. “Look, I could never be more proud of you,” he told her. “If you think you can do it, go ahead and do it.”

“I believe in her,” Carmen said. “She’s going to do the best for Ithaca College.”

Because Shirley and her family know firsthand the challenges that face first-generation college students, she has made expanding access to higher education a priority in her career. Among her accomplishments prior to coming to Ithaca College is the founding of the Creating Connections Consortium (C3), which helps first-generation and other underrepresented students become professors.

She also served as The Posse Foundation’s executive vice president, helping more students like her go to college. Since arriving in Ithaca, she has spoken about the need for the college to be more responsive to the needs of a more diverse generation of students.

It’s those things that make Carmen and Andres truly proud of Shirley. They’re thrilled with her professional success, but what they really wanted was for her to be a good person and a role model for others.

“The dream that I’ve had all my life is that my kids can be good people in the future, good examples to so many young kids,” said Carmen.

While in Ithaca, Carmen received confirmation of that dream. The night before the inauguration ceremony, a young college student approached her, asked if she was President Collado’s mother, and told her that one day she wants to be like Shirley. 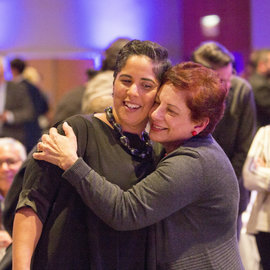