Beginning May 26, and each day they're on Kilimanjaro, Tim and his team will be doing a live video chat at 5 p.m. Tanzanian time (10 a.m. EST). The conversation can be viewed at the K2 Adventures Facebook page.

Ascending is just something Tim Conners does, in spite of the obstacle before him. So trekking up Mount Kilimanjaro, the highest peak on the African continent and among the seven tallest mountains in the world, should be just another checkmark on his list of accomplishments.

But it’s important to know how far he’s climbed already to understand the true significance of the feat.

At 15, Conners was diagnosed with a blood cancer known as T-cell acute lymphoblastic leukemia, already in its advanced stages. Aggressive chemotherapy saved his life, but remission was brief and the disease returned to eventually rob him of his eyesight. 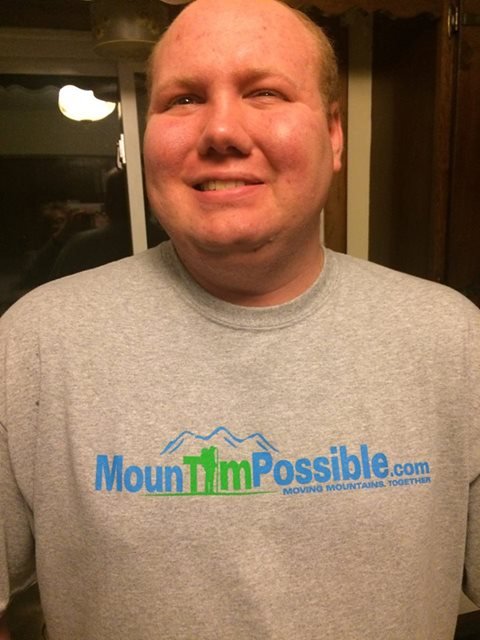 
But Conners survived, though radiation, chemo and a bone marrow transplant all took a toll and left their effects on his body. He went on to graduate high school, and deep-dived into his time at Ithaca College as an engaged student, active member of numerous clubs, and advocate for accessibility. On May 21, the 22-year-old will walk with his guide dog Lang during IC’s Commencement to accept his degree in communications. The next day he’ll set out for Tanzania and Kilimanjaro.

“Kili” rises over 19,300 feet above sea level. Conners, who has been working toward a career as a motivational speaker, acknowledges there’s a clear symbolism to his journey.

"At first [climbing Kilimanjaro] was really just about that in a lot of ways. To kind of show that I wasn't just a one-hit wonder; that cancer wasn't my story,” Conners said.

Gradually, though, his real purpose behind the trek — which he dubbed MounTimPossible — took shape, and it became a fundraising effort for several organizations that played a crucial role in his life since the cancer diagnosis.

“I really like to pay it forward. So many people and organizations have helped me get to where I am today,” he said.

The idea to climb Kilimanjaro came to Conners in 2015 when a video featuring someone hiking the mountain was played during a youth leadership conference he attended. At the time, Conners was also fresh off attending a program through No Barriers, an organization founded by Erik Weihenmayer, who is the only blind person to reach the summit of Mount Everest and who has summited the other six highest peaks in the world. Conners had met Weihenmayer several years earlier through the Make-a-Wish Foundation.

As he listened to the video of the climber taking on Kilimanjaro, Conners realized he was ready to trek outside his comfort zone once again (he’d successfully hiked to the bottom—and back—of the Grand Canyon the year before), and decided then and there to take on Kili.

"I really set my mind on it. And once I told people about it, at that point it was kind of like 'OK, this is real now,’” he said.

The Fulton, N.Y. native partnered with K2 Adventure Foundations in Arizona to help coordinate the fundraising. Beneficiaries from the fundraising will include No Barriers, the Upstate Golisano Children’s Hospital, the Joe Andruzzi Foundation and the Michael Napoleone Memorial Foundation. Conners plans to keep the fundraiser open through this summer at his MounTimPossible page. 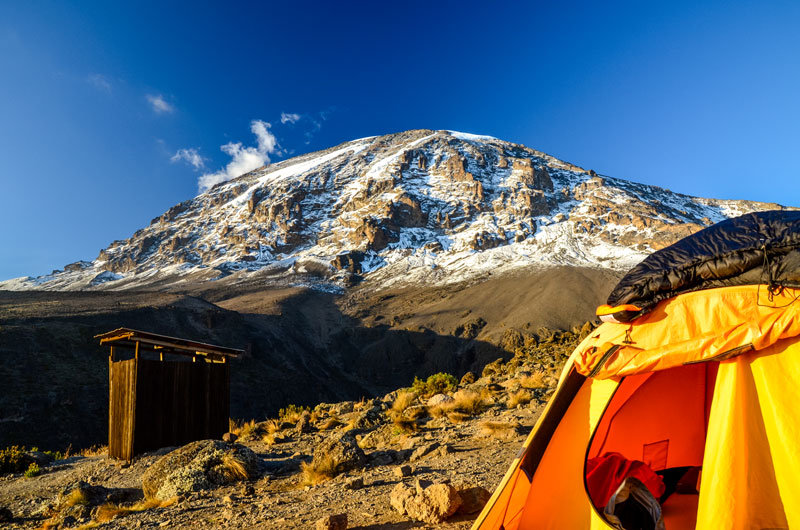 A view of Kibo, one of Kilimanjaro's volcanic cones, as seen from Karanga Camp at 13,100 feet. (Photo by wallix/Thinkstock.)


K2 is also providing logistics for the trek. Co-founder Kevin Cherilla is an experienced climber and guide who has led numerous individuals who are blind, paralyzed or without limbs up mountains across the world. Cherilla will serve as guide up Kili, and the journey with Conners and his team will be his 30th time on the summit.

Cherilla has planned an excursion that includes a visit to a Tanzanian school for the blind before they start up the mountain, and a few rest days sprinkled into the climb. Having led 700 people up Kilimanjaro over the years, he’s seen the qualities necessary to persevere to the top.

“It’s a great chess match between you, and your mind, and the mountain,” Cherilla said. The people that couldn’t make the summit were unable to not because of physical limitations, but their inability to overcome those limits.

“I just think the willpower and what I call 'the little voice' — how you talk to that little voice, and how you let it talk back to you — is what truly makes you successful," he said. And Conners has that in spades, he added.

"Mentally, the kid is really, really tough. He's been through a lot. I think the struggles that he's already had in life is a lot more than what he'll face and endure on Kilimanjaro."

Conners is prepared for frustration and doubt, though. “I'm honestly expecting there will be moments where I'm going to be like 'Why the hell am I doing this? I feel like I should give up at this point,’” he said. He knows it won’t be easy or perfect. “It never was the strength that was going to get me to the top, physically. It was the mental aspect."

That’s not to say Conners underestimated the physical challenges of Kilimanjaro. In his typical fashion, he dove into his training.

The Ithaca College Natural Lands, the many hiking trails in the region and the proximity of the Adirondack Mountains provided Conners ample opportunity to grow more and more confident and comfortable with the method he’ll rely on to hike up Kilimanjaro: Utilizing two trekking poles for stability, he’ll follow a cow bell being rung by one of his team members in front of him, while following supplemental verbal instructions.

Last summer, he was able to scale Mt. Sherman in the Colorado Rockies. Sherman was his first 14er — its summit rises 14,036 feet above sea level.

Conners also began working out with Leroy Collins, a personal trainer, former pro football player and family friend. Collins has helped Conners with flexibility, strength training and cardiovascular conditioning. He’s seen marked improvement during their months together. By early May, in fact, Collins said Conners was breezing through his workouts, and he had to up the intensity and repetitions to keep pace.

“Because he knows it's getting time, and he's trying to get everything out of it, and I'm trying to give him everything I have that he's able to handle. He raises the bar every time,” Collins said.

Tim’s father Mike will be part of the small team ascending Kilimanjaro. He’s undergone his own physical regimen to prepare for the trip, and seen his weight, cholesterol levels and blood pressure drop. For all his jokes about reluctantly being roped into the adventure and unlikely to survive, he said he’ll find great satisfaction seeing his son on the summit.

“I really hope and pray that Tim makes it to the top. For him. Just for him,” he said. “To be able to share that moment with him — I'm getting a little choked up now.”

The Conners patriarch is a high school football and wrestling coach who’s been fortunate to have been part of championship teams over the years, he said. “But getting to the top of the mountain with [Tim] would rank up there,” he said.

But if Mike Conners or other members of the team don’t make it to the summit, that’s OK, said Cherilla, the trek guide.

“Everyone always equates standing on the summit with success. Every guy is going to climb that mountain for nine days, and whatever elevation they get to, that's their elevation,” he said. “However, they were there to support Tim."

In Cherilla’s view, the fact that Conners put so much effort into training, fundraising and attempting a feat like this in the first place is the real success.

For Conners’ mother, Elizabeth, the victory is that her son is able to make the attempt at all. "I believe, and I say this a lot: Tim wasn't supposed to be here today,” she said, which makes every day a gift.

Tim echoed that sentiment. He said the notion of still being alive — particularly when others are suffering with illness just as he had — is what’s spurring him headlong into this challenge.

“It wasn’t about me going up a mountain easily and having a good time,” he said. “It was about living life fully, making a difference and redefining ‘possible’ with others.”

“It’s also about the idea that I'm going to give back,” he added. “Because those people in my situation now: I want them to have the same access to benefits that I had.”

“I think it’s those thoughts that are going to get me to the top more than anything else," he said.

Beginning May 26, and each day they're on Kilimanjaro, Tim and his team will be doing a live video chat at 5 p.m. Tanzanian time (10 a.m. EST). The conversation can be viewed at the K2 Adventures Facebook page.