Planting cannabis for commercial production in remote locations is creating forest fragmentation, stream modification, soil erosion and landslides. Without land-use policies to limit its environmental footprint, the impacts of cannabis farming could get worse, according to a new study published in the November issue of Frontiers in Ecology and the Environment.

Earlier studies have shown that cannabis production causes environmental damage, including rodenticide poisoning of forest mammals and dewatering of streams due to improper irrigation.

Cannabis grown in an outdoor greenhouse. (Photo by Seastock)


Cannabis, as either a medicinal or recreational drug, is now legal in more than 30 U.S. states and in several countries. In California, where medicinal marijuana has been legal since 1996, voters in November approved the sale and possession of one ounce of marijuana for recreational use. As a result, cannabis production is ramping up.

“Cannabis leaves a small spatial footprint but has potentially significant environmental impacts,” said co-author Jake Brenner, associate professor in the Department of Environmental Studies and Sciences at Ithaca College. “To mitigate these impacts, policymakers and planners need to enact specific environmental and land-use regulations to control cannabis crop expansion during this early stage in its development.”

Their approach uses per-unit-area analysis of landscape change. To study forest fragmentation in northern California, the scientists compared the effects of cannabis cultivation to those of timber harvest from 2000 to 2013 in Humboldt County. 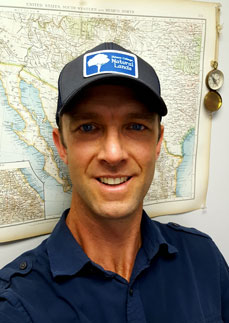 
Based on the size, shape and placement of the cannabis grows among 62 randomly selected watersheds, they quantified the impacts relative to those of timber harvest.

On a per-unit-area basis, the cannabis grows resulted in 1.5 times more forest loss and 2.5 times greater fragmentation of the landscape, breaking up large, contiguous forest into smaller patches and reducing wildlife habitat.

“The results show how important it is to consider environmental impacts at different scales,” said Brenner.

Current California law caps the size of outdoor cannabis production to 1 acre per parcel, to prohibit the development of industrial-scale cannabis operations outdoors. An unintended consequence of this law may be small dispersed cannabis grows that edge out wildlife.

While the long-term effects of cannabis cultivation on the environment are unknown, the researchers concluded that land management and agricultural policy informed by further research may reduce these threats in California and in other states and countries where cannabis production can be regulated.

“Studies like this one have the potential to directly inform local land-use policy and state environmental regulation,” said Brenner. “It's exciting to be a part of this research because it is capturing a human-environment phenomenon at the moment of its emergence.”