When a NASA mission to the asteroid Bennu launches this month, Ithaca College Professor Beth Ellen Clark will be in charge of experiments that could reveal whether the roughly 500-meter-wide celestial body will collide with Earth in the next century.

Clark is the mission asteroid scientist for OSIRIS-REx, a spacecraft that will map and take a sample from Bennu in order to determine what the asteroid is made of and whether its orbit is likely to evolve to be on course to hit Earth. In 2010, a group of scientists determined that Bennu could have a relatively high probability of impacting Earth between the years 2169 and 2199. 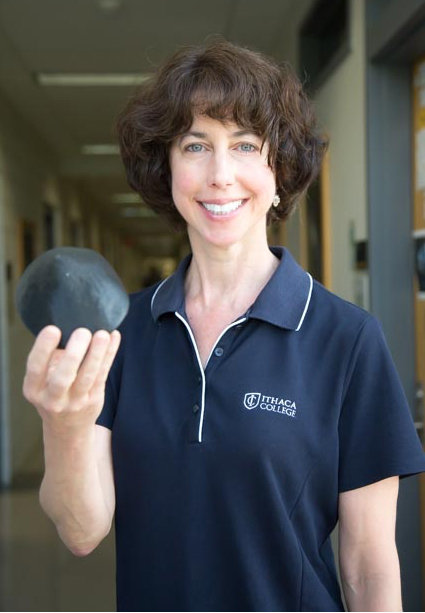 
“The OSIRIS-REx mission will give us data to help more precisely predict Bennu’s orbit and, in general, devise strategies to mitigate possible impacts between Earth and other asteroids,” said Clark.

As mission asteroid scientist, Clark is responsible for managing three of OSIRIS-REx’s experiments: thermal analysis, spectral analysis and visual color imaging analysis during the global survey of Bennu. Thermal analysis is key to predicting where Bennu’s orbit will take it. Known as the Yarkovsky effect, the absorption and re-emission of thermal energy by an asteroid exerts a force that changes its flight.

“We’re going to send a thermal emission spectrometer and it’s going to measure the temperature of the asteroid’s surface globally at seven different times of day,” said Clark. “We’ll analyze the changes in temperature with time, and that’s going to tell us the thermal inertia of the surface – how quickly or slowly the surface cools off. This, in turn will tell us how the thermal properties of Bennu affect the small forces that can change its orbit over time.”

Besides determining with greater precision whether Bennu is likely to hit Earth, the OSIRIS-REx mission also aims to shed light on the formation of Earth’s solar system by taking a sample from the asteroid’s surface. It is the first NASA mission to collect a sample from an asteroid and return it to Earth.

Asteroids are remnants of the building blocks of the planets and can contain organic materials, water and metals. Asteroids that have landed on Earth have been found to contain diamonds and even amino acids that may have been the precursors to life on our planet. Bennu is a very darkly colored asteroid, suggesting that it is rich in carbon compounds.

“Our hope is that because this asteroid seems to be more carbon-rich than anything currently in our collection, it may represent an unsampled meteorite type and will tell us something new about the solar system,” said Clark. “Finding new material that we’ve never seen before gives us strong constraints on models of solar system origin, and that’s what we want! We want to learn more about the formation of the solar system and the origin of planets because many planets may have started as asteroids.” 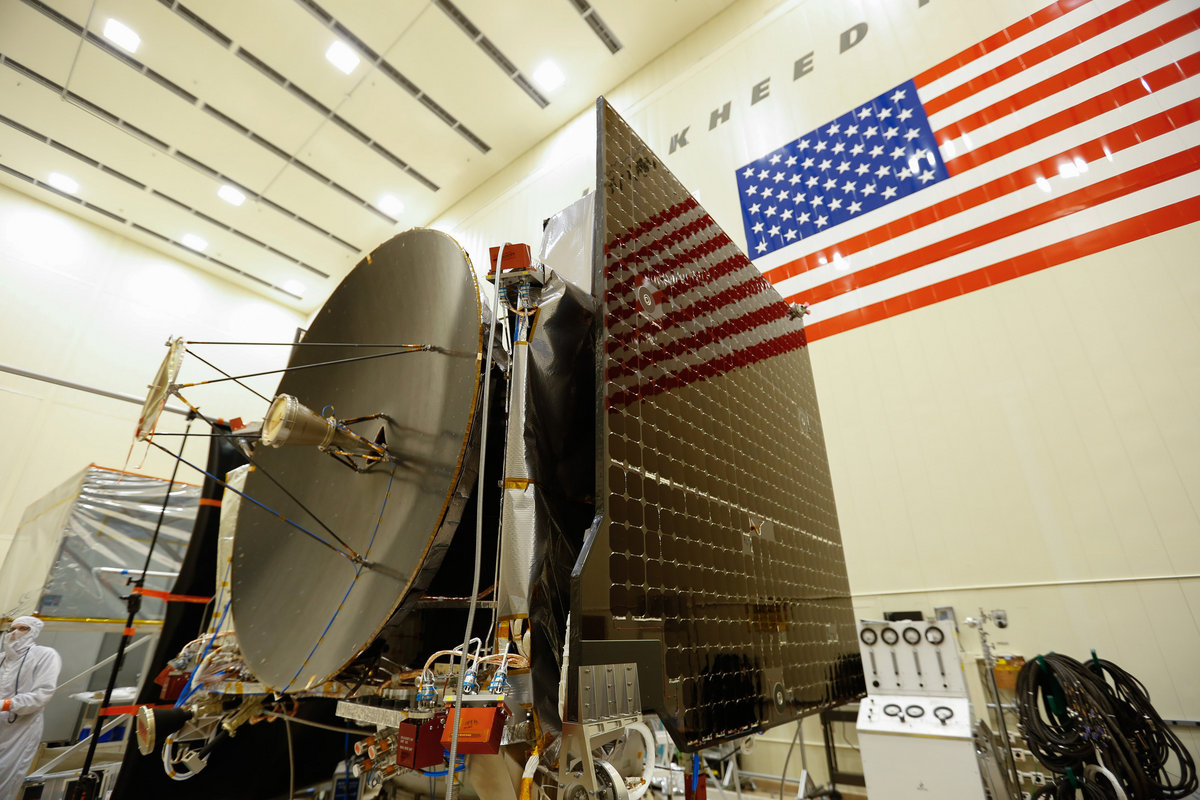 
During the mission’s development stage, Ithaca College students assisted Clark with preparations for her experiments. Linda Crandall ’16 used data from past asteroid missions to correct distortions to spectral readings caused by changes in the angle at which the asteroid is viewed.

“The goal was to be prepared with a ‘best model’ ahead of time so we do not need to spend time deciding when we get data from Bennu,” said Crandall.

As part of her work, Crandall attended a science team meeting near the NASA Jet Propulsion Laboratory in Pasadena, California, where she met with scientists collaborating on the mission. She is now pursuing a doctorate in physics at the University of Rochester and hopes to work in a national laboratory.

OSIRIS-REx’s 34-day launch window from Cape Canaveral opens on September 8, and the spacecraft will take approximately two years to reach Bennu. Visual observations and spectral analysis will be used to determine the ideal spot from which to take a sample, with OSIRIS-REx performing a touch-and-go maneuver and using an extendable arm to collect loose rocks and soil from the asteroid’s surface. The spacecraft will continue to follow Bennu as it orbits the Sun, finally completing its seven-year journey and returning to Earth with the sample for analysis in 2023. 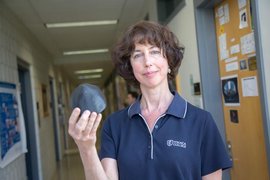