Ithaca College celebrated its 125th anniversary last weekend by hosting one of the largest events in the college's history. More than 50 individual events made up the Weekend on South Hill, which drew more than 4,000 guests to campus for three days of revelry.

The weekend instilled IC pride in every attendee, young and young-at-heart. “I’m a third generation Bomber, so Ithaca College is like family to me,” said Anne Woodard ’81, who also happens to be associate director of Student Financial Services at IC. “To be a part of a weekend like this was unbelievable. Talking about it now gets me excited all over again. I’ll never forget it.” 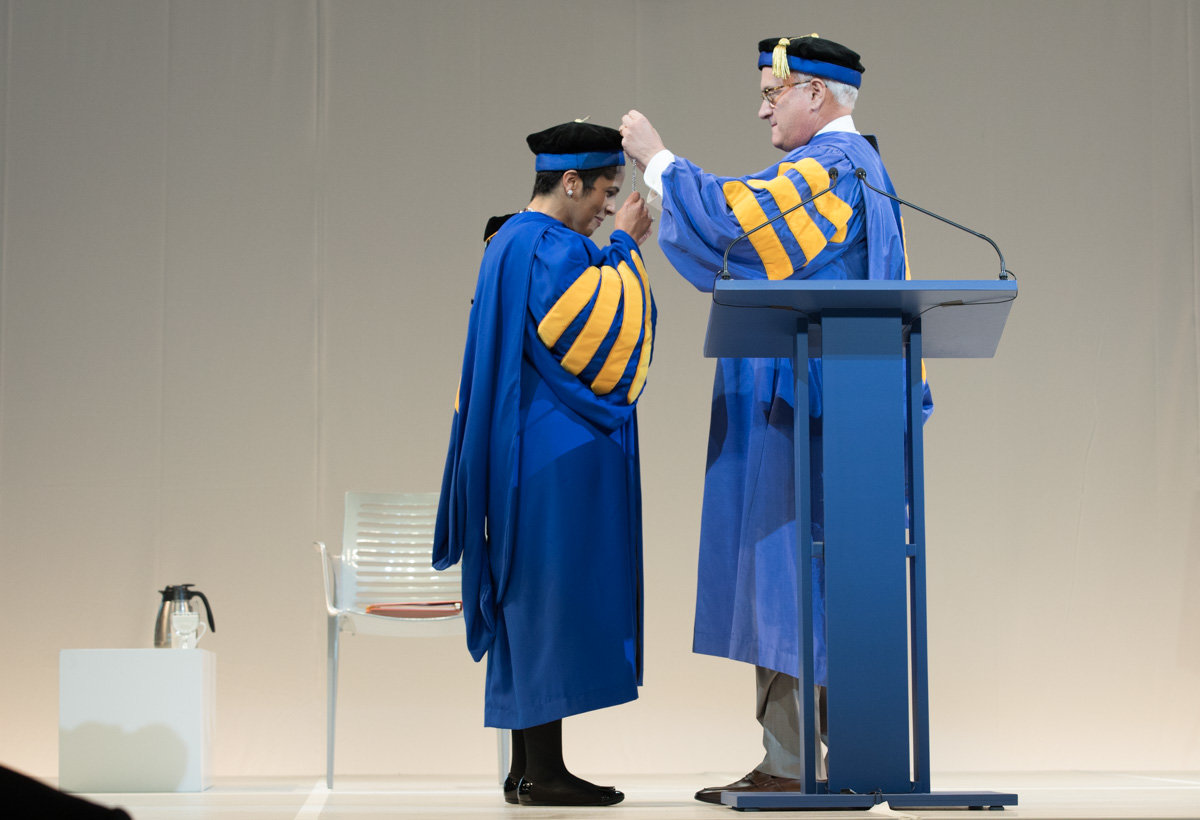 President Shirley M. Collado recieves the Presidential medallion from Thomas R. Grape, chair of the board of trustees. (Photo by Sheryl D. Sinkow.)


The event was also a hit with current students. Lauren Astor ’19 took part in an African Drumming and Dance ensemble during the community celebration Saturday night. She posted on Instagram that Ithaca was an “incredible school that has been my home for over two years now. I'm truly honored to be part of the IC community, and yes, it's a great day to be a Bomber!”

Throughout the weekend, social posts like Astor’s that use the hashtag #ic125 were displayed on a tagboard on the official 125th website. The board is still active, so it’s not too late to post your own memories.

The weekend included the inauguration of Shirley M. Collado as the college’s ninth president. As part of the inauguration, several events took place, including the Circle of Fifths in Ford Hall, where renowned authors paired with current students presented poetry, fiction, and music of celebration. There was also the academic symposium Conversation: Started, which featured thought leaders from around the country as well as IC faculty and staff. 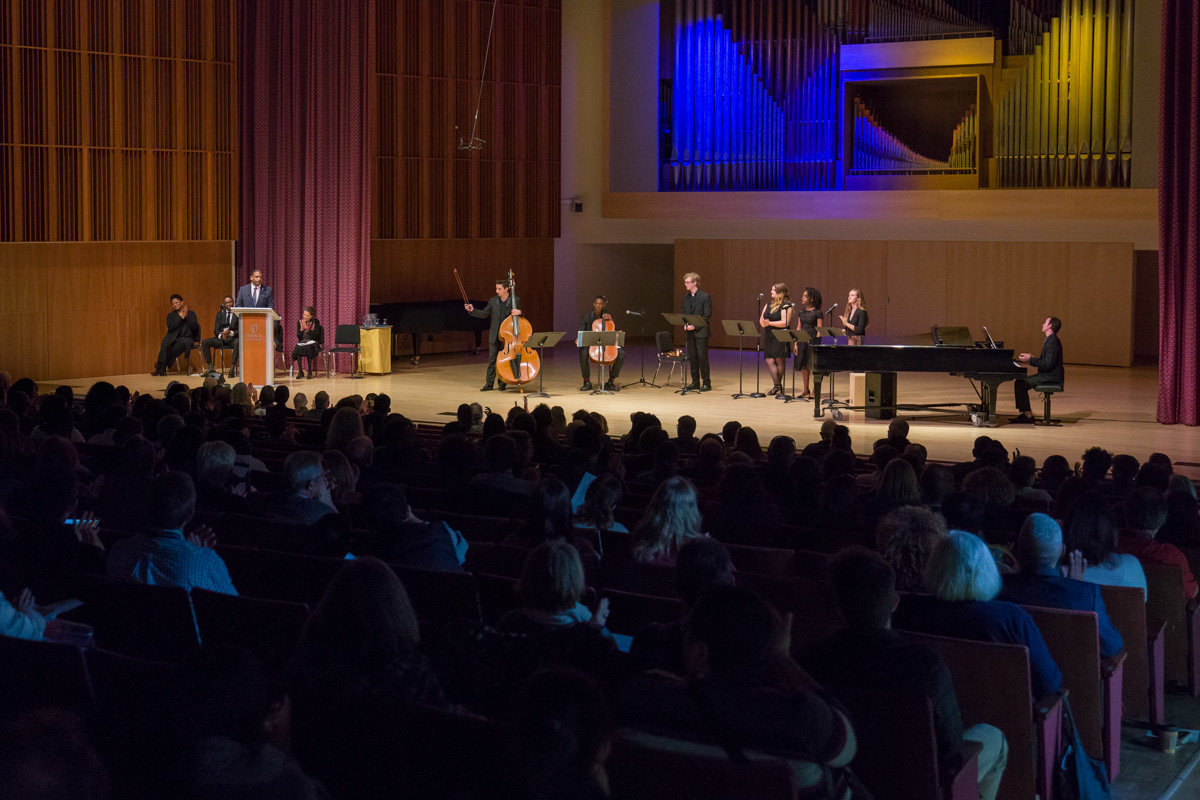 The Circle of Fifths brought renowned writers and students from the School of Music together on stage. (Photo by Dave Burbank.)


More than 800 alumni—from as far away as Anchorage, Alaska and from classes as far back as 1953—took part in events over the weekend. George Patte ‘67, a political science major, celebrated his 50th reunion at a party in the Crescent Building, the former site of the Aurora Street gymnasium and classroom space for the college when the campus was downtown. In addition to meeting up off-campus for dinner with several of his classmates, he also took part in many of the on-campus offerings.

“Music and writing have always been close to my heart,” Patte said. “So when I read about the Circle of Fifths, I was immediately intrigued. The music and creativity on display there blew me away. It was truly amazing to hear what the participants came up with.”

Another class celebrating a milestone reunion was the class of 1992. The class had a fantastic turnout, with 62 alumni returning—second only to the class of 2017, which had 94. The members of the ’92 class were treated to a literal blast from the past when they dug up a time capsule which had been buried in the quad outside the Roy H. Park School of Communications a quarter-century earlier. Enclosed in the capsule were T-shirts, plastic cups, and an almanac. 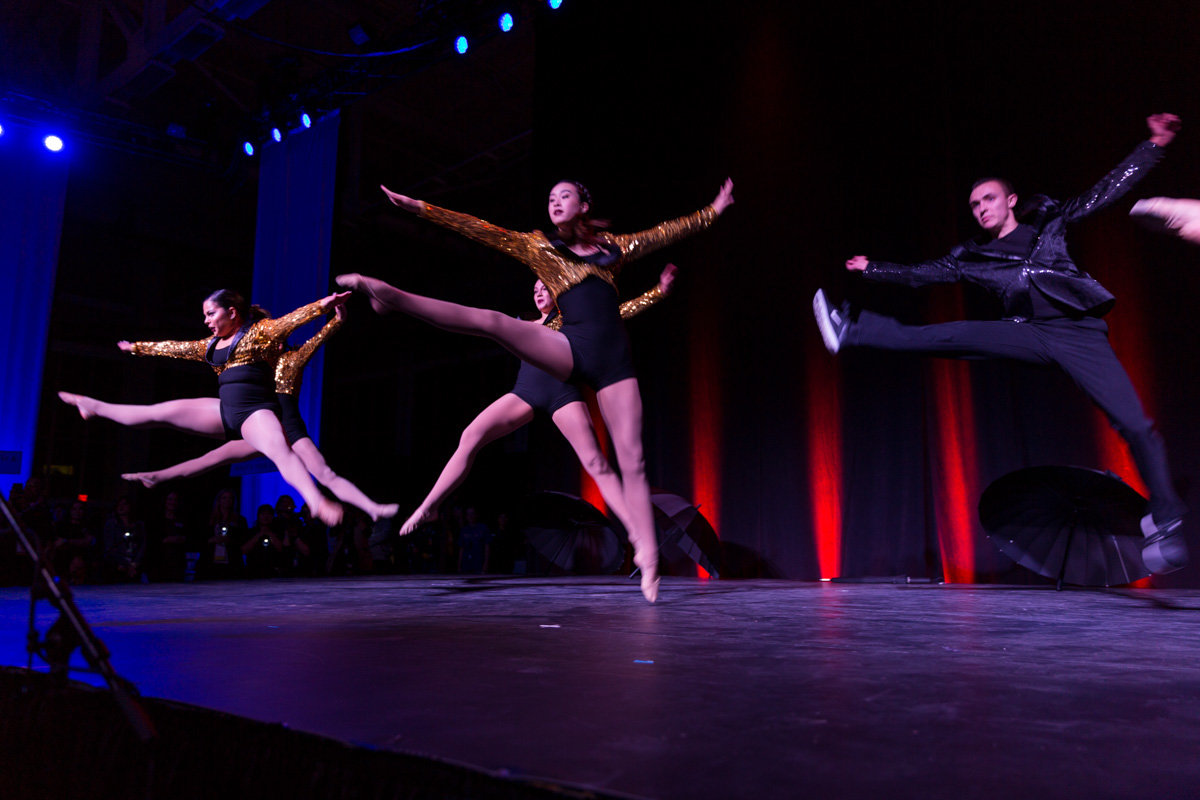 
For many, the highlight of the weekend was Saturday night, at a boisterous community celebration that drew more than 3,000 guests and included everything from icons to ice cream. Alumni, community members, faculty and staff, and students watched as alums such as Q. Smith ‘00—who is performing in the Broadway Show “Come from Away”—performed on stage. Many students also took their turns showcasing talent.

“The energy in the room that night was to the ceiling and beyond,” Woodard said. “The camaraderie was wonderful and everyone was gushing about. It honestly felt like we were all related.”

The evening also featured the unveiling of the top Ithaca College Icons, as nominated by the campus community. Individuals such as former president Peggy Ryan Williams were honored, as were campus events such as Senior Splash and the Cortaca Jug, and iconic campus monuments such as the Textor Disc and the Towers.

“When I saw that [former head football coach] Jim Butterfield was one of the icons, I got tears in my eyes,” said Cynthia Vogel ‘77. “Overall, I thought the icons were an amazing cross-section of the college’s history.” 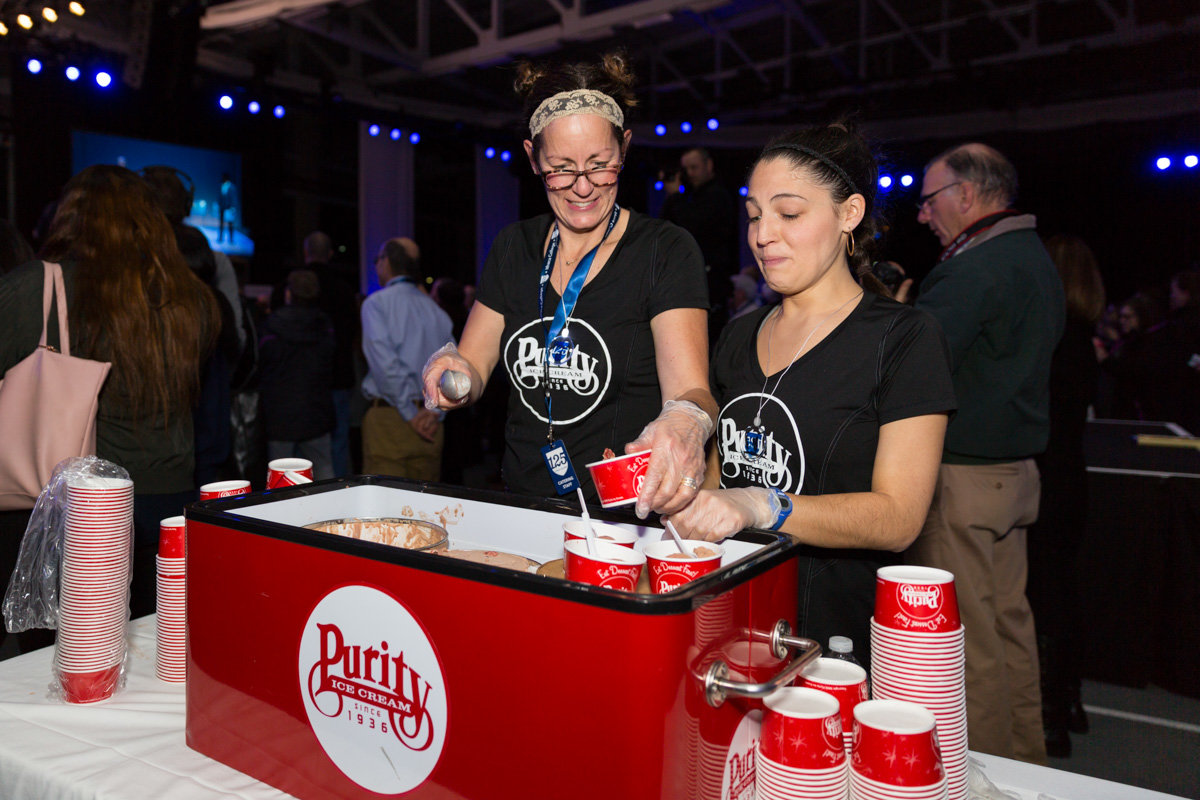 
All that celebrating must have caused participants to work up an appetite, because they then scarfed down more than 1,800 scoops of a brand-new flavor of Purity ice cream created especially for the weekend by owner Heather Lane MBA ’10. The chocolate-based ice cream included cherry swirls, brownie chunks, and pecans, and was named Chocolate Cherry Bomber by attendees.

Patte, who was the Alumni Association Board President in 1992 when the college celebrated its 100th anniversary, called the weekend a smash hit. “It was incredibly well-planned and executed. And the result was an amazing level of excitement, not just among the alumni, but the current students as well,” he said.

“In fact, I don’t recall ever seeing so many excited ungraduate students at an event before. This was an iconic event in Ithaca College history, and I was glad to be a part of it.” 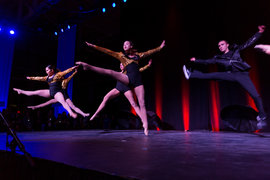