While an estimated 800,000 individuals convened in Washington, D.C., on March 24 to demonstrate in support of gun reform at the March for Our Lives, Ithaca College journalism students were on hand to help cover the event.

Matt Ristaino ’19, Jack Sears ’19, Kenneth Bradley ’18, Meredith Husar ’18, and Kristen Mirand ’20 assisted NBC and MSNBC with their coverage of the march. Sears captured images throughout the event, and many of them appeared in articles posted online by NBC and MSNBC. Bradley worked with the camera crews who were gathering footage, while Ristaino worked with a network correspondent who was conducting interviews. 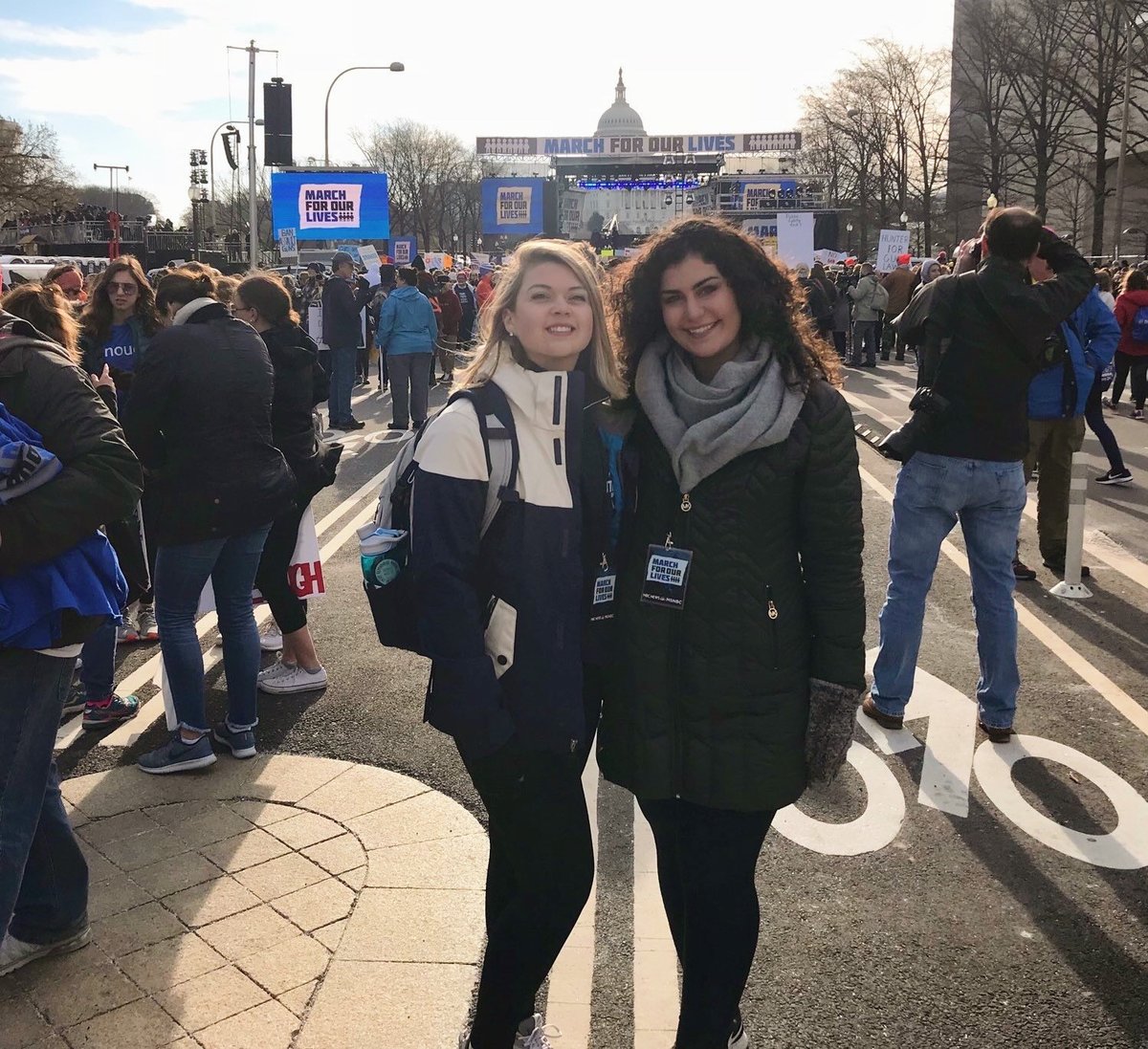 Meredith Husar and Kristen Mirand conducted interviews and took photos at the March for Our Lives. (Photo provided)


Mirand and Husar worked with the networks’ social media teams. After taking pictures of demonstrators’ signs that would later be posted on social media, they conducted interviews with attendees. Mirand said this was not only a professional accomplishment, but a moving experience.

“I spoke with a group of high school students who had traveled all the way from Minnesota and I was inspired to hear them speak about their vision for progressive change,” she said.

Mirand added that she was thankful to Ithaca College for providing her the opportunity to work at such a highly publicized event.

“Numerous times, I thought about how proud and fortunate I am to be a journalism major in the Park School, where we’re given these amazing opportunities,” she said. “This was an experience I will cherish and never forget.”

The students were accompanied by James Rada, associate professor of journalism. Rada has previously accompanied groups of students to help NBC events, including the South Carolina Republican presidential primary in 2016, the 50th anniversary of the civil rights march in Selma, Alabama in 2015, and the 50th anniversary of the 1963 March on Washington for Jobs and Freedom in 2013.

Also present at the march was first-year journalism student Malick Mercier, who took over Instagram's official account to cover the event.

“I was lifted high into the sky via a scissor lift above the crowd that I now know was some 840,000 people,” said Mercier. “I was truly moved at that sight — all those people coming out to fight for something they believed in, and it was organized by students! I could feel the energy, which strengthened me and my work.” 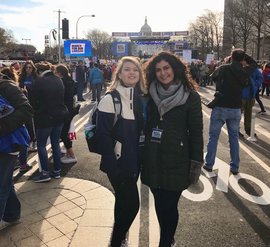