Do you wonder about the origins of ideas like democracy, freedom, or imperialism? Do the marvelous literatures of the Greek and Roman worlds speak to you in some special way? Are you fascinated by Greek theater or philosophy? Are you interested in Classical art and architecture? Did you take Latin in high school? Have you taken it at Ithaca College? Would you like to? Are you looking for the perfect minor to complement to your degree? If you answered "Yes" to any of these questions Classical Studies may be just the place for you.

Ithaca College offers students an opportunity to study the classical tradition from an interdisciplinary perspective. The classical studies minor focuses on the languages, literatures, and civilizations of ancient Greece and Rome, as well as the later classical tradition. Since many of the ideas and principles that emerged in the classical world are basic to Western culture, courses in classics apply to the study of almost all the liberal arts and sciences. Classical studies is of particular interest to students of law, literature, rhetoric and composition, communication, modern languages, history, politics, religion, music, art history, drama, and philosophy. For more information, contact the program coordinator.

There are three principal goals of the program: 1) Become proficient in Latin (or Greek); 2) Gain an understanding of classical traditions; and 3) understand how classical traditions have influenced, and continue to influence, developments in literature, art, politics, philosophy, and other areas of culture.

The requirements for the Minor include 1) Latin 200 or proficiency, Classical Mythology (LATN 250), 9 credits of core courses, and 6 credits of electives.

ARTH 232: Architecture from Renaissance to Revolution

ENGL 331: Studies in the English Renaissance

THEA 241: History of Theater I

ARTH 331: The Art and Architecture of Ordinary Romans

ARTH 209: Introduction to the Roman World

THEA 331: Styles of Acting: The Greeks and Shakespeare

THEA 331: Styles of Acting: The Greeks and Shakespeare

ARTH 221: Intro to the Medieval World

ARTH 222: Architecture from Catacombs to Cathedrals 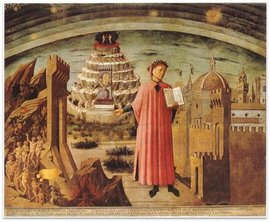 If you have questions regarding the program, please contact me.

If you have completed your Latin language requirement and are interested in working on a research project on Latin translations of Aristotle in the Middle Ages, get in touch with the Coordinator.