Who are we and how do we distinguish ourselves from others?

The question “who am I?” is complex. Identity can refer to an individual, a small group, or a social collective—and encompass issues such as race, ethnicity, class, gender, sexuality, religion, and the body. In the identities theme, you will explore where values, beliefs, and behaviors come from. You’ll examine the effects of nature versus nurture—and how the two can work together to determine different characteristics of identity across cultures and throughout history. And you will delve into questions about how identity is formed, changed, and perceived. Questions raised in this theme include the following:

In this class the role played by women authors that helped produce the cultural and historical phenomenon that we now refer to as “modernity” will be examined. Selected texts and other resources will be used to generate a series of questions that will allow students to build a fuller, more complex understanding of the status of gender in the modern (and postmodern) period. The focus on gender and authorship will give those in the class the chance to study the ways culture is gendered and will come to understand the developmental process of identity formation.

The main work of the course will involve close textual analysis and contemplating the significance of the perspective offered by gender within literature. Members of the class will draw upon resources from an assortment of media including works of Toni Morrison, Georgia O’Keeffe, and Virginia Woolf, just to name a few. Students will begin to think carefully about the centrality of language both to self-representation and to the ways in which authors and readers characterize the world around them. 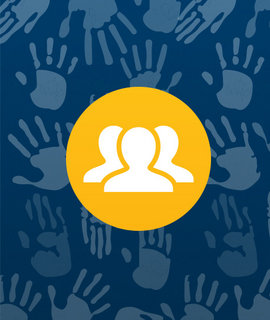 Architecture from Renaissance to Revolution

The Iroquois and their Neighbors

The Search for Self in Short Stories